Obviously, you can’t know for sure what you’ll think until you’ve actually used it. The YSFlight Starter Pack (coming soon) is an excellent resource. However, the reviews below from real players should help you decide if the sim is worth your time.

(Do we need to mention how confident we are of your conclusion?)

YSFlight's multiplayer, expandability with numerous addons, and arcade-like ease of play make it a fun and enjoyable experience for players of all ages and skill levels. On top of all of that, the online communities like YSFHQ.com bring the players together and facilitate Virtual Airlines, combat squads, and airshows that add just the right amount of social interaction to the game. 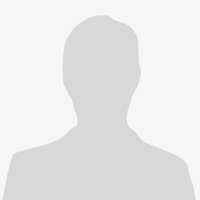 YS Flight is a simulator that allows you to go from engaging in a serious dogfight against a friend or stranger in one moment while the next could see you zooming around at Mach three in the infamous Cheatplane and doing all manner of silly stunts for your own personal entertainment. Furballs to formations, ATC to racing Santas, YS has it all.

YSFlight's an awesome game. It has a depth of customization that I haven't seen in most other games that I play. Not to mention that the multiplayer aspects of the game are very impressive. Sure, the graphics aren't as fancy as some other games, but that doesn't bother me at all.

YS has a fairly calm, hang-out atmosphere that a lot of other games lack. In most games, you're expected to do something, or pretend to do something, which provides focus to a gaming experience. I've found the times I've spent talking about stuff while I just sort of fly around to be some of the most enjoyable I've had in this game, or any game.

That epic moment when you witness the first raptoring at an airshow. Ever. Even more, I've actually recorded that.

Really YSFlight is an all round fun flight simulator. There is absolutely nothing stopping you from doing anything in this game. There are endless possibilities. YSFLIGHT is where the sky has no limit.